Which is Stronger, Will or Skill?


I vote for “will.”
Nothing frustrates and saddens me more than when I see someone with the skill to long jump further than the actual athletes but doesn’t want to pursue their obvious talent or the brightest well read expert on history that would rather hoard their knowledge than share it. What a rip off for the world.
They have the skill but not the will.
Conversely I’ve witnessed employees and fellow athletes that weren’t necessarily the best at their skill but they had so much drive, desire and will power to do whatever it took to improve that guess what, they did.
You see skill can be taught and learned but will cannot. That’s an internal mechanism that the individual controls.  It can be ignited by some inspiring words, book, video etc but ultimately the individual is responsible for keeping the flame going.
Without the will you won’t succeed in your endeavor. It’s important to be passionate about what you do.
Bottom line, if your heart isn’t in it don’t waste your time, money or anyone else’s if you don’t have the heart to see it through.
Posted by Unknown at 8:30 AM No comments:

How Do You Stay Positive

Whenever I find a great resource for transformation I like to pass it on. Here is an excerpt from Susan Jeffers, PHD who wrote the book, "Feel the Fear and Do it Anyway".


So here you are a blob of negativity. How do you even begin to turn around those miserable thoughts that take away your power? You begin by doing the same thing you would do if your body were out of shape. You create an exercise program - in this case, to retrain your mind. To do so, you must take action.

Before giving a suggested action plan, I recommend that you have on hand the following to make your daily routine more efficient and certainly more pleasurable:

1) A small audio cassette or CD player, iPod, whatever suits you best for portable listening.

2) Positive audio and CD's. These include affirmations, relaxation, meditation, motivation, visualization, and inspirational tapes and CD's. Also, there are many uplifting books available in audio format.

3) Positive books that inspire and motivate. I suggest buying your books instead of borrowing, if possible. You may want to underline and write in the books and reread them over and over again. Remember, you are investing in yourself.

5) Positive quotes. Write them on your index cards or Post-it notes and hang or attach them where you'll see them, on your mirror, car, refrigerator, and phone. i.e.; "I'm not a failure if I don't make it ... I'm a success because I tried." Unknown.

6) Affirmations. What is an affirmation? An affirmation is self-talk in its highest form. It is a positive statement that something is already happening. It's not happening tomorrow or in the future, but right now.
- I relax knowing I can handle it.
- I stand tall and take responsibility for my life.
- I know that I count and I act as if I do.

Select affirmations that feel right to you at any given time. What feels right changes as your situation and mood change. What's important? Out talk your negativity. The key is to know that you can lead a productive and meaningful life no matter what the external circumstances are. What positive thinking does is offer a power boost to help you handle whatever life gives you.

Posted by Unknown at 8:30 AM No comments:

Take a Stand or Fall for Anything

This is a shorten version of the quote; “If you don’t take a stand for something you’ll fall for anything?
This is such a true statement. When you aren’t clear about your values and position on an issue you’ll experiment with it to form an opinion. However, you might also find yourself down a road of destruction in the process and unable to recover.
Take for example smoking, sex, drugs, health and freedom. If you don’t know where you stand on these issues you’ll likely fall into smoking to “try” it out. The same goes for sex and drugs. If chastity isn’t important to you or you haven’t formed an opinion you’ll likely have sex with many partners along the way with the chance of an unwanted pregnancy or STD’s for your lack of stance.
If you don’t take a stand on your freedom of speech, it can be easily taken away. It won’t happen in one fell swoop but bit by bit it can be chipped away until one day you realize you can’t express yourself as you would like because it might offend someone or your privacy is compromised. Now it’s too late or harder to fix it.
Parents are tasked with teaching their children values through education and example. However there are so many influences out there that can trump the parent’s efforts. Besides kids think their parents are old fashioned and don’t’ know anything anyway. Wrong!
As you age you may dispel some of the values they taught but it was a good foundation to start you out with.  They teach you these things because it’s a formula that has worked well through the years.
By knowing yourself well enough, by knowing what you stand for, the decisions and choices in your life become easier to make because you know what you stand for. You won’t fall for anything.
Posted by Unknown at 8:30 AM No comments:


The reason why geese fly in "V" formation is because as each bird flaps its wings it creates uplift for the one that follows it. This way the whole flock achieves an extra 71% flying range. 71%! When the lead goose tires it drifts back into the formation and another moves to the lead position so that they all benefit from the extra lift.

Nature has the perfect model. These birds are working better together than any other human group I've ever met or heard of... and they have brains the size of olives. "If geese can do it, people can to."

When participants unite behind a common purpose, they make each person's load easier and together they boost each other's potential. What a great concept!

"One Purpose", Richard Jacobs
Posted by Unknown at 8:30 AM No comments:

Intend on Being Successful

Intentions are so important. What is more important is how they are expressed. It all begins with a belief that it is possible. Without the belief there is no possibility. However with the ingrained belief that your desire is possible, you then begin to conceive of the solution.


You have to feel as if it has already happened. Speak as if it’s a given. Act as if you’re already there. It's going to happen and now all you have to do is go through the motions of achieving it. Give it 100%. Make a commitment. Stick with it. Take action every day towards your goal. Little by little, bit by bit the intention becomes reality. It may not be easy but then anything worth having never is.
Posted by Unknown at 8:30 AM No comments:

Eye of the Tiger

Do you have the eye of the tiger?


Having the eye of the tiger means you are focused on winning. In regards to what I do it means a person knows and is focused on living out their passion. It means they know who they are and what they want to do with their life therefore all decisions and choices are made from that perspective.  In that regard they don’t stray from their goal and like a laser stay focused on what will bring them the most joy.


In order to be that track you really need to know who you are from the inside out. You have to know deep down what you not only want to do and be but it’s what you MUST do and be.  Often times this can be confusing because there are so many influences that come into play from parents, friends and society that it’s hard to filter them out and discover what part of is really you. But you must do this. You must figure out what part of the influences you’ve been exposed to you will incorporate into your own being and which ones you will disregard.  Only when you have discerned this will you be able to make an accurate correlation between who you are and how you should be showing up in the world. Finding your passion will finally be able to expose itself to you as if there were no other choice. The choice is clear. When the choice is clear then it’s a matter of taking action steps to make it a reality. Combine the two and you are the eye of the tiger and you will roar!
Posted by Unknown at 8:30 AM No comments:

What do You Stand for?


What do you stand for? People today are too afraid to take a stand. I'm not referring to environmental, political, or humane causes. There are people who do take a stand in those areas, but it had to start somewhere. I'm referring to the day to day occurrences that happen to people every day.


Someone cuts in line. Do you stand there and let it happen or do call the person on it? Not in a rude way but in an informative way. I say it like that because if you are rude you'll attract the same thing back. If you inform the other person you give the person the benefit of the doubt. It may not change the situation but then again you could learn that the person didn't notice, had other things on his/her mind, or has an emergency situation. Ideally, the offending person apologizes and takes notice to not do it in the future.


How about taking a stand to have integrity in your workplace? It has to start somewhere. If you want to work in an atmosphere of integrity and respect, you have to take a stand to hold everyone to that standard, including yourself.
Posted by Unknown at 8:30 AM No comments: 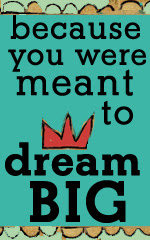