As a life coach I get to know my clients on a very deep level. They tell me their hopes and dreams, things they may not even tell their friends, all without fear of being judged. Their secrets are safe with me. Of course my job is to get them to embrace their talents and encourage their dreams. Face Book is like coaching in a way but instead of listening closely to what the other person is saying, you read what the other person is posting.

Face Book is great in that it gives us a somewhat safe environment in which to express ourselves. You post your daily events, a picture of you and your friends, quotes and viewpoints. We get to know what’s important to you. What are your interests and hobbies, even what teams you follow? Each posting brings us closer together and reveals a little bit more of you. It reminds me of a song from The King and I. Getting to know you, getting to know all about you, getting to like you, hoping that you like me.

We all get to know who you really are not the façade that you may present to the world. We get to know the true spirit behind the shell. That’s not to say that you are normally a fake but that when we interact with others on a daily basis we don’t usually share what truly is important to us. For example; how well do you know your coworkers? Do you REALLY know what is important to them and to what depth? When a friend on Face Book posts pictures, quotes or comments say on servicemen, a tragedy, or spiritual insights you really get a sense of who the person is even if you don’t agree with their viewpoint.

I’ll admit that there are Face Book friends that I don’t personally know but after following their posts I want to meet them. I may even say that I really like this person. In fact, there have been several occasions where eventually I have physically met a Face Book friend. I feel as if I know them. Yes, Face Book breaks down barriers.

There are millions of Face Book users worldwide but with each post it’s becoming a small world after all. Agree?
Posted by Unknown at 9:05 AM No comments:

Email ThisBlogThis!Share to TwitterShare to FacebookShare to Pinterest
Labels: Coaching

You Have Everything You Need to Succeed

Look around. Take a closer look. You already have the talent you need right now for the next phase of your goal. Why else would you have it? You either have it because it’s the primary resource you need to achieve your goal or it’s a secondary supporting talent. Either way it’s something you don’t need to think about, you just do it.

Every talent you have right now has prepared you for the next phase of your goal. Therefore you already have the tools you need to succeed.

It really is true. If deep down you didn’t think you could do it you wouldn’t even have the goal to begin with. And it just doesn’t apply to you it applies to those you know.

You already have all the resources you need. They may be three degrees removed from you but they’re there.

- It could be three more web sites you need to search before you find your answer.

- It could be three more calls you need to make before you find the person that can help you.

- It could be three more places you need to check out in order to start the elimination process.

These are just a fraction of the resources you have available to you. The important thing about your goal is not only thinking about it but taking action. A seemingly insignificant casual conversation could be just the break through you’re looking for. Take stock of not only what you have going for you, like your talents, but who you know.

Keep your eye on the prize.

Above all else have the faith that it’s not a matter of if your goal comes true but of when.
Posted by Unknown at 8:41 AM No comments:

Email ThisBlogThis!Share to TwitterShare to FacebookShare to Pinterest
Labels: Talents 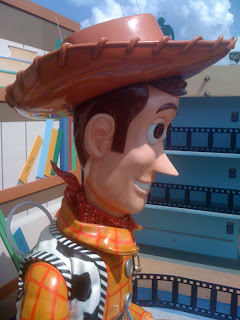 Posted by Unknown at 8:39 AM No comments:

BWCA on fire– Is it a good thing?

The Boundary Waters Canoe Area (BWCA) in MN recently experienced the destruction of 160+ acres of land. It’s sad to see such a beautiful untouched wilderness destroyed but then again it IS the cycle of life.

Nature is always in perfect harmony. When the fire struck the BWCA it was nature’s way of saying it was time for a fresh start. It had been the same way for far too long and needed to be renewed. It’s nature’s way of making adjustments to be in harmony. Out with the old and in with the new. In the chaos of nature order will emerge and something new will be reborn.

Quite a few years ago I was in Yellowstone National Park and saw the acres’ of trees that were destroyed. Laid bare were the rolling hills of barren tree stumps and fallen branches. But if you looked really close you could see new growth already taking place. Little shoots of trees that one day would tower over the boulders and shrubs beneath them.

With that shift I gave a sigh of relief and realized everything is as it should be. Nature takes care of itself and even after a seemingly defeat it was already picking itself up with the seeds of growth.

Makes me wonder why humans can’t do the same, your thoughts.
Posted by Unknown at 9:08 AM No comments:

Email ThisBlogThis!Share to TwitterShare to FacebookShare to Pinterest
Labels: Transformation

What You Can Learn from Dancing With the Stars

Relax, it’s not to dance. It’s something more important that you can use in your daily life.

If you’re a fan of DWTS you’ll notice that celebrities who started off as so-so end up pretty good before they’re eliminated. The professional dancers have worked with their partner to bring out the best in him or her.

Basically that means if their partner isn’t limber enough and has difficulty doing a certain move the professional will choreograph a routine that accents what their partner can do instead of forcing her to do a move that’ won’t show her in the best light.

It’s no different than finding clothes and colors that work for you versus choosing a style or color just because it’s the “in” thing.

When you’re doing what you’re best at you’re always in style.
Posted by Unknown at 8:35 AM No comments:

Email ThisBlogThis!Share to TwitterShare to FacebookShare to Pinterest
Labels: Strengths

Making the Shift from Smart to Wise

At what point does one become wise? The truth is there really isn’t any one significant event or time when someone is considered wise. It’s an accumulation of events, experiences, sadness and joy that ultimately earns the recipient the term wise.

“Tis not knowing much, but what is useful, that makes a wise person”. ~ Thomas Fuller, MD

Oh and one thing you’ll notice about people you consider to be wise, they exude humility. It’s as if through all their experiences they’ve learned where they fit in the world and are grateful for all they’ve experienced.

Here are some people who didn’t slow down as they were getting older but continued to pursue their ambitions well into their 60’s.

61 – Sharpshooter Annie Oakley nails 98 of100 clay pigeons in an exhibition at a North Carolina gun club.

65 – Colonel Harland Sanders begins nationwide licensing for his special fried chicken recipe, which will come to be known as Kentucky Fried Chicken.

66 – Michelangelo completes his Last Judgment fresco in the Sistine Chapel.

67 – Engineer Joseph Baermann Strauss celebrates as his masterwork, the Golden Gate Bridge, is opened to traffic.

68 – Lillian Cater, mother of President Jimmy Carter, joins the Peace Corps and works for two years as a nurse in India.

69 – Mary Kaplan realizes her goal of running a marathon in every U.S. state – and finishing first in her age group in each race.

It proves age is but a number. You have as much life left in you as what you put into it.
Posted by Unknown at 8:05 AM No comments: